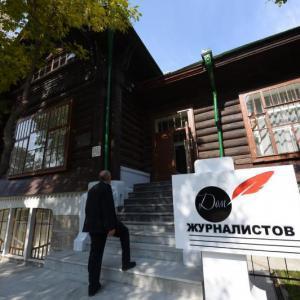 One of the most beautiful XXth- century mansions, which is now a House of Journalists, housed the Press Centre for those mass media reporters working in Ekaterinburg during the World Football Championship.

The journalists were pleasantly surprised not only by the perfect organisation of their working place, but also by the inimitable art objects - “Bear” Chess Set and  “Fantasy” floral miniature, created by the skilful craftsmen of MOISEIKIN Jewellery House.

Handmade Chess pieces are decorated with golden acanthus with the “Apostle” (1564) incunabulum head ornaments. The pawns are also topped with the decorative elements taken from this book – the stylized cone being the symbol of both greatness and harmony. Each figurine is bejeweled with a diamond in the top, and the edgings of the Kings and Queens – with a chaplet of sapphires. The pieces have magnets in the bases which firmly fix them to the chessboard, made of interchanging Hawk's Eye and Tiger’s Eye.

The Russian idea is conveyed by the figure of the Bear, having been the symbol of Russia from olden times.

The floral miniature “Fantasy” by MOISEIKIN worthily continues the traditions of Russian jewellery. A lovely bouquet of poppies and other wildflowers in a jade vase delights the eye with exquisit and the finest jewellery work of the Ural craftsmen.

According to official sources, the Ekaterinburg Press Center of the 2018 FIFA World Cup hosted over 5,000 journalists from 30 countries, including Argentina, Japan, Germany, Scotland, Uruguay and others. For the first time they had an opportunity to see and admire the Russian jewellery art from MOISEIKIN. 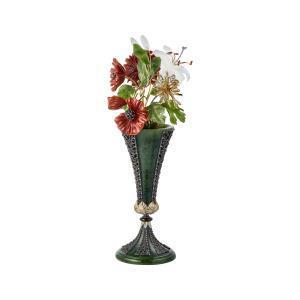 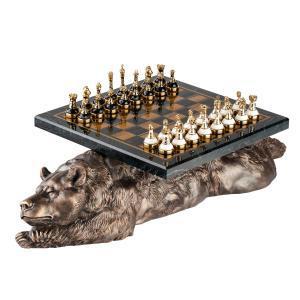