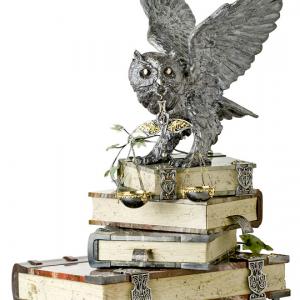 The owner of the company Viktor Moiseikin entertained the head of the diplomatic mission and showed the collection of works, which covers the 25-year history of the famous Ural jewellery company.

Among the iconic masterpieces of MOISEIKIN there is a floral miniature "Zemlyanichka" (Strawberry), the original of which was gifted to the Queen of England.
Elegant and artistic jewellery composition, made of precious metals and stones, recreates a sprig of ripe strawberries seen in the July forest.

Another fascinating story, told by the skilled craftsmen of the Jewellery House, is the "Owl on Books" souvenir, made in the genre of interior small sculpture. According to Victor Mosesikin, his art taste and vision are largely influenced by the Oriental culture, namely the Japanese principle of simplicity and naturalness.
During the conversation Eric Millet and Viktor Moiseikin likened the cultures of Russia and France, emphasizing the significant influence of French fashion on the preferences of the XIX century Russian nobility.

MOISEIKIN Jewellery House maintains and develops the jewellery traditions that were formed in previous centuries in Russia.

As a keepsake about this visit the guest from France was presented a bronze figurine of the French bulldog nestling down the large replica of an ancient Russian copper coin, enjoying the pitch of success. The coin is connected with the serpentine base by a special mechanism and can

This November, MOISEIKIN Jewellery House will celebrate its 25th anniversary. The company was founded in 1993 by the Ural jeweler Victor Mosesikin. All works of the company are handmade in single quantities or in a limited number. You can see Catherine Deneuve, Paco Raban, Emir Kusturica and other world celebrities among admirers of souvenirs and jewels by MOISEIKIN. 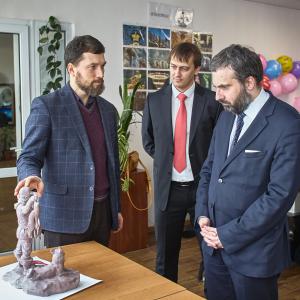 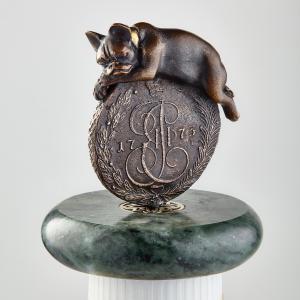 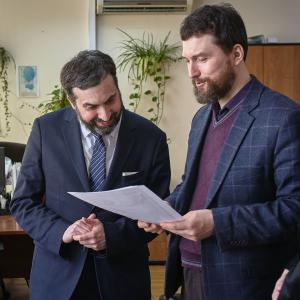 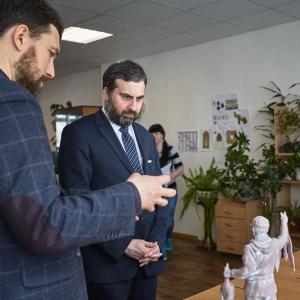